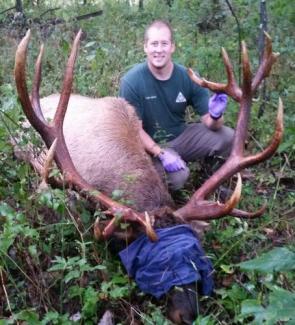 Cervid Biologist
Missouri Department of Conservation
Aaron grew up spending some time camping and fishing, but it wasn't until high school that he discovered hunting. That discovery played a pivotal role in starting the fire that got him interested in conservation as a career. He received his B.S. from the University of Nebraska-Lincoln and his M.S. from the University of Kentucky studying the physiological effects of translocation on elk. He has been the Cervid Biologist with the Missouri Department of Conservation since 2016 helping to conserve the state's deer and elk population. He has been an instructor with CLfT since 2009 and enjoys the opportunities to work and interact with the diverse array of participants and instructors at each workshop.