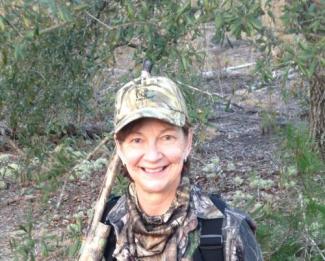 Consultant
Ducks Unlimited, Inc.
850-528-5606
Diane Eggeman was born and raised in Missouri, where she developed a love of the outdoors as a child. She received a Bachelor’s degree in Fisheries and Wildlife Management from the University of Missouri and a Master’s degree from the University of Maine in Wildlife Biology. Diane retired in 2018 from the Florida Fish and Wildlife Conservation Commission, where she worked from 1986-2018. She spent more than 20 years managing waterfowl and waterfowl hunting. In 2008, Diane became director of the Division of Hunting and Game Management. In this role, she became passionate about providing the public-trust benefits of wildlife management and conservation, including hunting and other recreation, for Florida’s citizens. Currently, Diane holds a part-time position under contract with Ducks Unlimited, Inc., serving as Integration Coordinator for the North American Waterfowl Management Plan (NAWMP). Diane is a Fellow of the National Conservation Leadership Institute. Diane and her family are avid hunters and anglers and spend much of their free time outdoors.