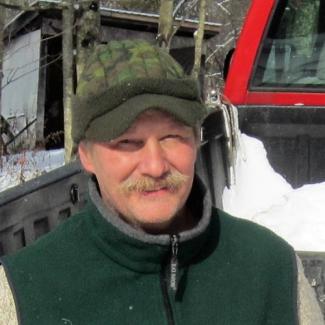 Past Chairman, Vermont Fish and Wildlife Board
(802)798-2601
Rob has been involved with CLfT since 2008 and continues to find it motivating, challenging and extremely satisfying. He has served on both the Vermont Fish and Wildlife Board (Chairman) and the F&W Advisory Committee. A "student" of public regulation, he believes in the regulatory process works when all of the "players" understand and fulfill their obligations. Also, a current Trustee and President of the Barre Fish and Game Club, the largest private shooting and hunting club in Vermont. Other relevant credentials include Hunter Education Instructor (30 years), Range Safety Officer, NRA certified Shotgun Instructor and have conducted many education shooting programs for kids and women. Rob grew up in a hunting and fishing culture in Minnesota.
After graduating from college in Biology, he took a position as the Minnesota "Research Co-coordinator for Scientific and Natural Areas" . After 3 years, he when back to school and became a Chiropractic Physician, moved to Vermont and has been in private practice since 1983. He owns and manages a 50 acre wood lot and spends as much time as possible outdoors.