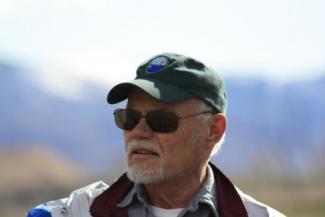 Professor Emeritus
Utah State University
(435) 757-7084
Michael L. Wolfe, grew up on Long Island, New York. He received a B.S. in Wildlife Management from Cornell University and a doctorate in Wildlife Science from the University of Göttingen, Germany. After a postdoctoral research position working on the Isle Royale moose/wolf project, he joined the faculty of the (USU) College of Natural Resources in 1970, where he taught a spectrum of terrestrial wildlife and natural resource courses, . Mike’s principal research interests were in the area of ungulate and carnivore ecology and management. He worked with several cervid species as well as bison, mountain goats and feral equids and led a 17-year study of cougars in Utah. He had a long working relationship with management agencies, including a two-year contract with the Utah Division of Wildlife Resources as Mammals Program Coordinator. Mike has also lived and worked extensively abroad, including in the former Soviet Union, Australia and South America. These teaching and research assignments were under the auspices of various exchange programs including the Fulbright Commission, Organization of American States and the National Academy of Sciences. Currently, he is actively involved in wetland restoration on a conservation easement along the Bear River in northern Utah. Mike is a life-long hunter, but shares this avocation with other interests such as curling, nature photography and playing the concertina. He has been an instructor with the CLfT program since 2009.