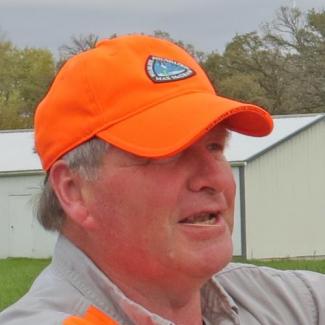 Professor Emeritus, Extension Wildlife Specialist and former Chair of the Department of Forest and Wildlife Ecology
University of Wisconsin - Madison
608-215-8719
Scott resides on 12 acres of restored prairie in Oregon, Wisconsin. A native of New Hampshire, he earned an undergraduate degree from the University of New Hampshire and graduate degrees from the University of Wisconsin—Madison. He began hunting by following his father and grandfather around the mountains of northern New England in pursuit of deer and grouse. He has been hunting for more than 40 years for deer, wild turkeys, upland birds and waterfowl. Scott served as state leader of the Wisconsin 4-H Shooting Sports program for 13 years and is a certified instructor for rifle and shotgun. With the help of several colleagues and friends, he launched the Wisconsin Student Hunting Project in 1995, which received national recognition several years later; it is the model on which CLfT was based. Scott has taught many wild game cooking classes and enjoys promoting game utilization. He is very active in The Wildlife Society and belongs to numerous other conservation organizations.