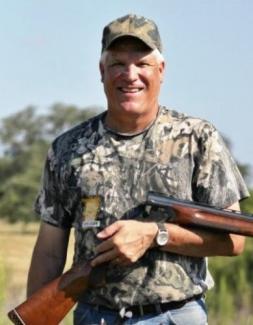 Hunter Education Coordinator
Texas Parks and Wildlife Dept
512-389-8140 w; 512-550-7330 c
Steve Hall earned a BS in Wildlife Biology from Colorado State University in 1981, and became a Colorado Hunter Education Instructor beginning in 1980 as part of his studies. Upon graduation, he was hired as Colorado Services Manager for the American Sportsman's Club for 2 1/2 years, and then worked for Colorado Division of Wildlife. In 1985, he was hired Texas Parks and Wildlife (TPW) in hunter education, then moved to Education (& Outreach) Director starting in 1988. While at TPW, Hall served as International Hunter Education Assn. (IHEA) president and as vice president and board member of the National Bowhunter Education Foundation for 12 years. He serves as ‘Huntmaster’ for the Texas Youth Hunting Program, which he helped start in 1996. He was inducted into both the IHEA and Texas Hunter Education Halls of Fame. After retiring in 2011, he served as executive director for two years with the Texas State Rifle Association and then as executive director for IHEA-USA for 2 ½ years. He returned to Texas Parks and Wildlife in August 2015 where he and his wife, Karen, of 34 years, chose to reside. They have a son, Ryan (wife Kelsey), and daughter, Sarah, and a new grandson, Keelan. Steve is an avid bow hunter and fly fisherman and continues to volunteer to teach in many outdoor education programs.